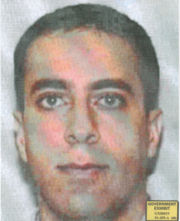 Born on May 11, 1975, in Mazraa, Lebanon, Ziad Jarrah came from an affluent family and attended private, Christian schools. Like Atta, Binalshibh, and Shehhi, Jarrah aspired to pursue higher education in Germany. In April 1996, he and a cousin enrolled at a junior college in Greifswald, in northeastern Germany. There Jarrah met and became intimate with Aysel Senguen, the daughter of Turkish immigrants, who was preparing to study dentistry.

Even with the benefit of hindsight, Jarrah hardly seems a likely candidate for becoming an Islamic extremist. Far from displaying radical beliefs when he first moved to Germany, he arrived with a reputation for knowing where to find the best discos and beaches in Beirut, and in Greifswald was known to enjoy student parties and drinking beer. Although he continued to share an apartment in Greifswald with his cousin, Jarrah was mostly at Senguen’s apartment. Witnesses interviewed by German authorities after 9/11, however, recall that Jarrah started showing signs of radicalization as early as the end of 1996. After returning from a trip home to Lebanon, Jarrah started living more strictly according to the Koran. He read brochures in Arabic about jihad, held forth to friends on the subject of holy war, and professed disaffection with his previous life and a desire not to leave the world “in a natural way.”

In September 1997, Jarrah abruptly switched his intended course of study from dentistry to aircraft engineering—at the Technical University of Hamburg-Harburg. His motivation for this decision remains unclear. The rationale he expressed to Senguen—that he had been interested in aviation since playing with toy airplanes as a child—rings somewhat hollow. In any event, Jarrah appears already to have had Hamburg contacts by this time, some of whom may have played a role in steering him toward Islamic extremism.

Following his move to Hamburg that fall, he began visiting Senguen in Greifswald on weekends, until she moved to the German city of Bochum one year later to enroll in dental school.Around the same time, he began speaking increasingly about religion, and his visits to Senguen became less and less frequent. He began criticizing her for not being religious enough and for dressing too provocatively. He grew a full beard and started praying regularly. He refused to introduce her to his Hamburg friends because, he told her, they were

religious Muslims and her refusal to become more observant embarrassed him. At some point in 1999, Jarrah told Senguen that he was planning to wage a jihad because there was no greater honor than to die for Allah. Although Jarrah’s transformation generated numerous quarrels, their breakups invariably were followed by reconciliation.

Aysel is in school in Bochum, Ziad is in Hamburg. He is out of touch a lot of the time. This and his new-found religion is starting to put a strain on their relationship. And yet they still discuss marriage and children and a future together. Aysel writes this email challenging his beliefs and asking him to be open and honest with her about all aspects of his life.
http://www.cbc.ca/fifth/thepilot/timeline.html

Ziad Jarrah, a native of Lebanon, applied for and received a five-year B-1/B-2 (tourist/business) visa in Berlin. The consular officer who issued the visa could not recall whether he interviewed Jarrah. However, our review of Berlin visa policy for third country nationals suggests that Jarrah was a strong visa candidate, given his long residence in Germany (approximately four years), academic involvement in Germany (at two universities), and Lebanese nationality. Third-country nationals with more than two years of residency in Germany met a threshold for visa approval. The officer who adjudicated his visa has stated that wealthy Lebanese families often sent their children to school in Germany as a way to keep them out of the Middle East’s turmoil, and that Jarrah looked like one of those wealthy expatriates.
9/11 Terrorist Travel Monograph

Jarrah arrived in Newark on June 27 and then flew to Venice. He immediately began the private pilot program at FFTC, intending to get a multi-engine license. Jarrah moved in with some of the flight instructors affiliated with his school and bought a car.
Page 224, Chapter 1
9/11 Commission Report

Jarrah entered the United States for the first time on a tourist visa. He immediately violated his immigration status by going from the airport straight to full-time flight school. He studied at the Florida Flight Training Center in Venice, Florida, until January 31, 2001. Jarrah never filed an application to change his status from tourist to student. This failure to maintain a legal immigration status provided a solid legal basis to deny him entry on each of the six subsequent occasions in which he reentered the United States. But because there was no student tracking system in place and because neither Jarrah nor the school complied with the law’s notification requirements, immigration inspectors could not know he was out of status.
9/11 Terrorist Travel Monograph

Jarrah rented a private plane for a one-day trip from Miami to Nassau, Bahamas, with a couple of companions. There is no immigration departure record, but there is a record of his reentry into the country. At the general aviation terminal where Jarrah arrived, he was subjected to both an immigration and customs check, including an inspection of the plane by customs for the presence of drugs, contraband, and currency. Nothing unusual was found and Jarrah was once again admitted as a tourist for six months. Again, he was still in school despite having a B-1/B-2 visa.
9/11 Terrorist Travel Monograph

Jarrah returned from Dusseldorf, Germany, landing at Newark, New Jersey, and flying onward to Tampa, Florida. He was admitted as a tourist for six months.
9/11 Terrorist Travel Monograph

Jarrah enters for the fifth time at Newark as a business visitor, but still receives a six-month stay. This was unusual, as most inspectors told us that standard operating procedures were to give business visitors a stay of one or three months, depending on the port, and six months only when the visitor could document the purpose of the stay.
9/11 Terrorist Travel Monograph

Jarrah entered at Atlanta from Amsterdam and was granted a three and a half month stay on business.
9/11 Terrorist Travel Monograph 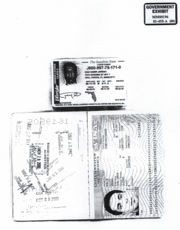 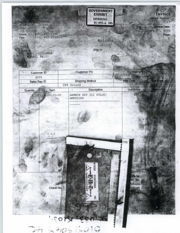 On August 22, moreover, Jarrah attempted to purchase four GPS units from a pilot shop in Miami. He was able to buy only one unit, which he picked up a few days later when he also purchased three aeronautical charts.
Page 242, Chapter 7, 9/11 Commission Report 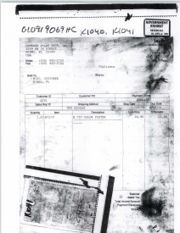