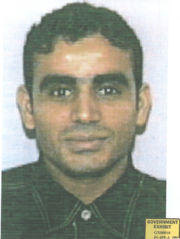 Fayez Banihammad, an Emirati, applied for and received a B-1/B-2 (tourist/business) visa in Abu Dhabi, United Arab Emirates. Banihammad’s passport was only five days old. His application was incomplete; a number of sections were left completely blank. The consular officer who adjudicated this visa has stated that interviews were almost never required of UAE nationals in connection with their visa applications, that the UAE was considered a welfare state that took very good care of its citizens, and that the UAE was treated as a de facto visa waiver country. Banihammad, a former immigration officer in the UAE, was not interviewed.
9/11 Terrorist Travel Monograph

Banihammad and Saeed al Ghamdi arrived at Orlando from Dubai. The two were processed by different primary inspectors. Banihammad was admitted as a tourist for six months. Although he handed in customs and immigration forms using two different names, the anomaly was not noted, because customs and INS inspectors did not review each other’s forms. The immigration inspector who admitted Banihammad told the Commission that in the 45 seconds allowed for processing each visitor, it was not possible to fully check the contents of the forms. He said that if he had noticed the two different names forms he would have referred Banihammad to a secondary inspection, suspecting that the Emirati was attempting to hide his true identity.
9/11 Terrorist Travel Monograph 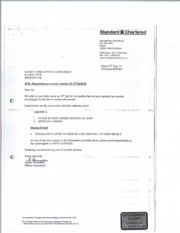 In another Logan terminal, Shehhi, joined by Fayez Banihammad, Mohand al Shehri, Ahmed al Ghamdi, and Hamza al Ghamdi, checked in for United Airlines Flight 175, also bound for Los Angeles. A couple of Shehhi’s colleagues were obviously unused to travel; according to the United ticket agent, they had trouble understanding the standard security questions, and she had to go over them slowly until they gave the routine, reassuring answers. Their flight was scheduled to depart at 8:00.
Page 2, Chapter 1
9/11 Commission Report

See UAL letter,“Flight 175—11Sep01 Passenger ACI Check-in History,” July 11, 2002. Customer service representative Gail Jawahir recalled that her encounter with the Ghamdis occurred at “shortly before 7 A.M.,” and when shown photos of the hijackers, she indicated that Mohand al Shehri resembled one of the two she checked in (suggesting they were Banihammad and Shehri). However, she also recalled that the men had the same last name and had assigned seats on row 9 (i.e., the Ghamdis), and that account has been adopted here. In either case, she almost certainly was dealing with one set of the Flight 175 hijackers. See FBI reports of investigation, interviews of Gail Jawahir, Sept. 21, 2001; Sept. 28, 2001. Even had the hijackers been unable to understand and answer the two standard security questions,the only consequence would have been the screening of their carry-on and checked bags for explosives. See FAA report,“Air Carrier Standard Security Program,” May 2001, p. 76.
Footnote 5 to Chapter 1
9/11 Commission Report