Former detective CeeCee Lyles worked as a flight attendant for United Airlines. On 9/11 she placed one airphone call and one cellphone call to her husband, saying the plane had been hijacked by "three guys" and later that the passengers were ready to force their way into the cockpit.

Perhaps the most detailed account of Lyles story and calls appeared in this Pittsburgh Post-Gazette story.

CeeCee Lyles, 33, of Fort Myers, Fla., had perhaps the most unusual resume among the flight crew. She'd been a police officer and detective for six years in Fort Pierce, Fla. In late 2000, she left that job to pursue her lifetime dream: to be a flight attendant.

The switch displeased some relatives. Air travel, they told CeeCee, seemed more dangerous than police work. Lyles laughed it off. She had married Lorne Lyles, a police officer in Fort Myers, and between them they were raising a blended brood of four boys: her sons Jerome Smith, 16, and Jevon Castrillo, 6, and Lorne's sons, Justin, 11, and Jordan, 9. When United posted her to Newark in February, CeeCee Lyles picked up an apartment with four other attendants, and commuted home to Florida when she was free. And in-between, there was the cell phone.

"We talked about everything and nothing," Lorne Lyles said. "Stuff about the kids, the list of bills I had to pay and how much we missed each other." ... In Fort Myers, Fla., Lorne Lyles didn't hear the phone ringing. He'd worked the night shift and had lain down to sleep at 7:30. At 9:47 a.m., the answering machine picked up a call from his wife, CeeCee, stranded in the back of the airplane.

When the tape was played back hours later, CeeCee Lyles could be heard praying for her family, for herself, for the souls of the men who had hijacked her plane.

"I hope I'll see your face again," she said. ... From the back of Flight 93, CeeCee Lyles finally reached her husband, Lorne.

"Babe, my plane's been hijacked," she said.

"No babe, I wouldn't joke like that. I love you. Tell the boys I love them."

The pair prayed. In the background, Lorne Lyles could hear what he now believes was the sound of men planning a counterattack.

"They're getting ready to force their way into the cockpit," she told him. ... CeeCee Lyles let out a scream. 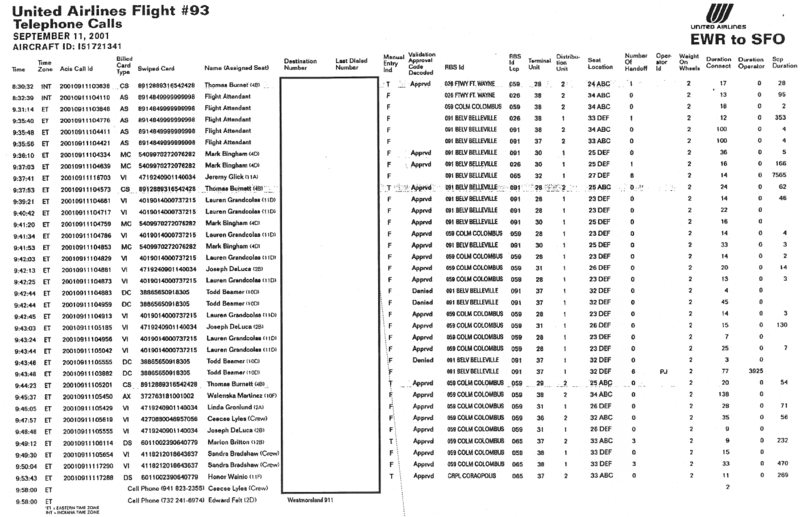