We have records of three visa applications by Hani Hanjour, but issues have been raised about them. 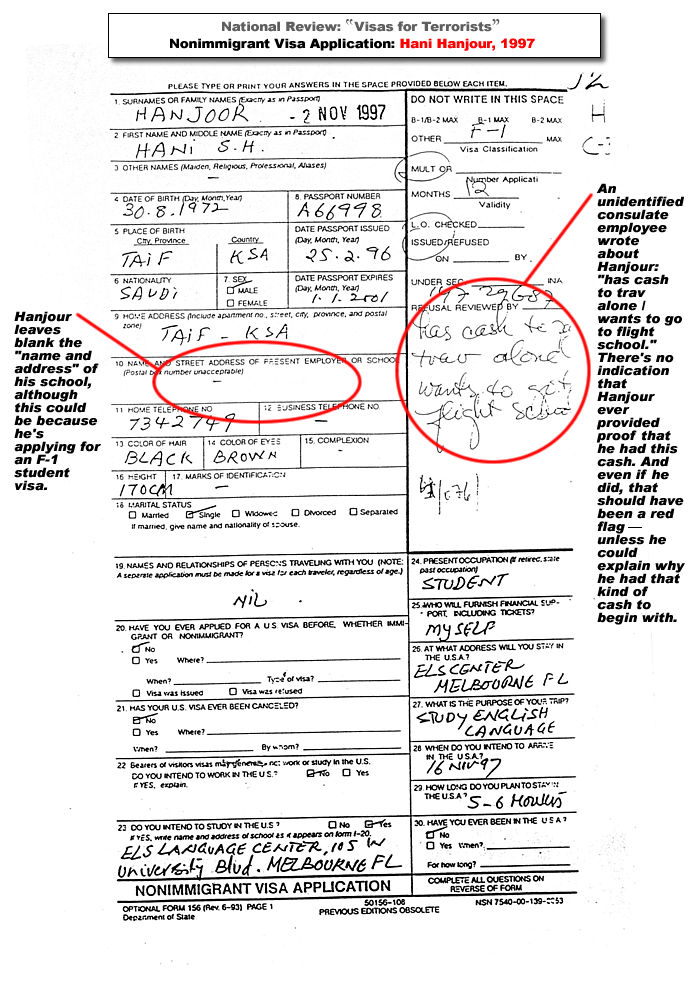 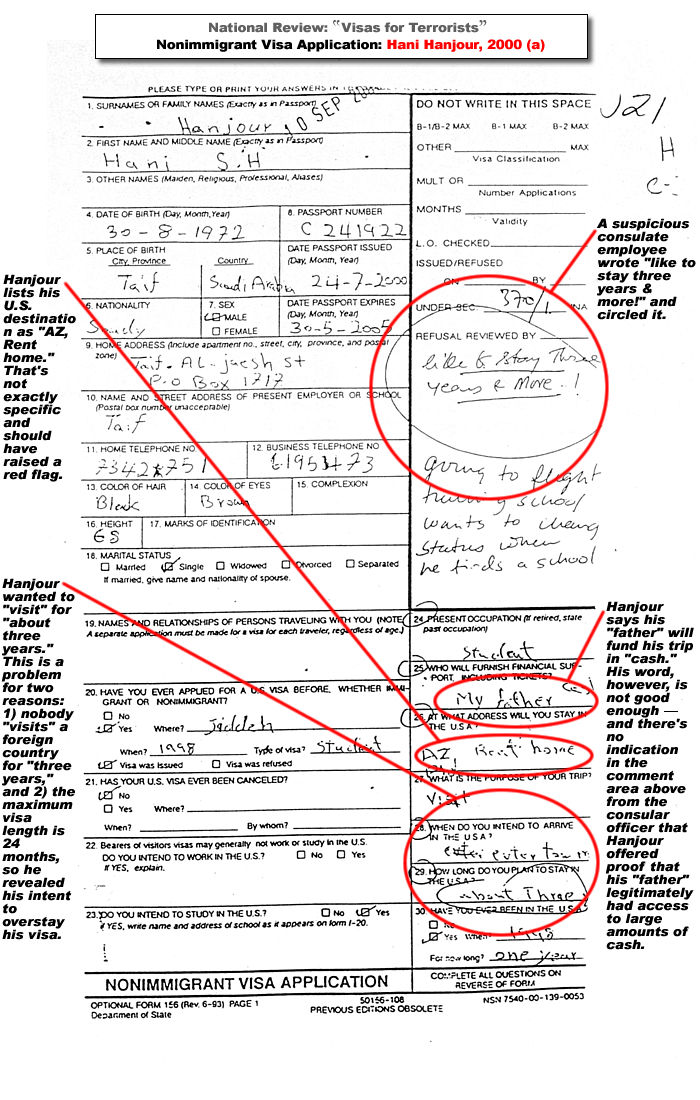 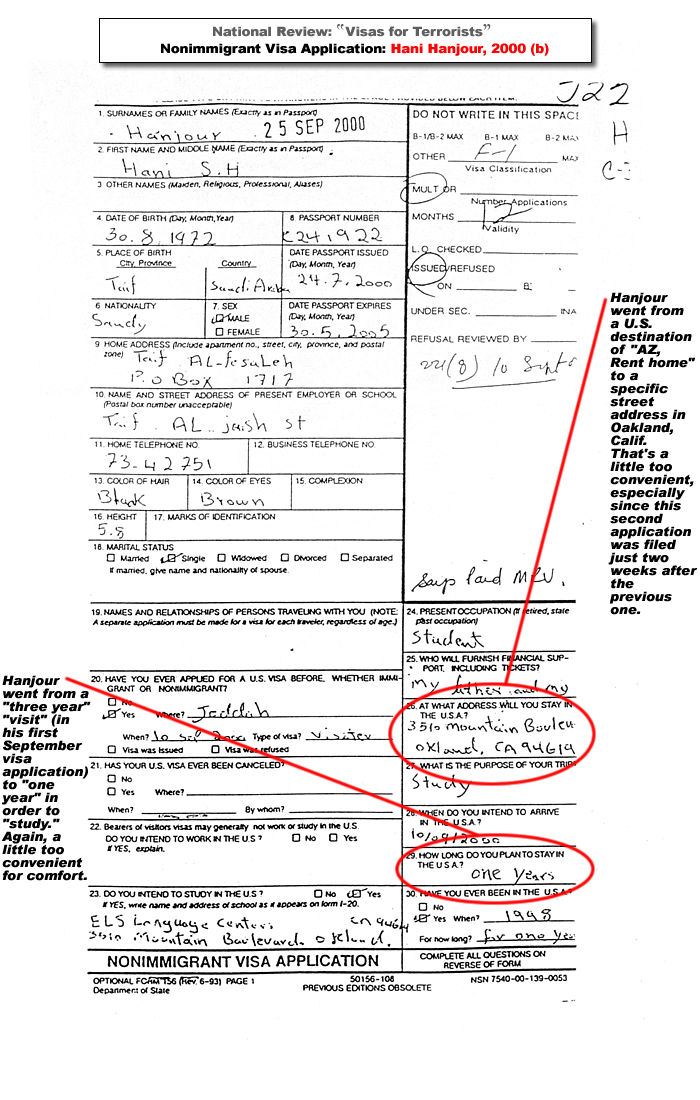 only his family name is different. Shouldn't the family name in the visa application be based on the name given in the passport? His handwriting changed. His height changed.

As his passport has changed, it seems likely that the transliteration of his name was altered from Hanjoor to Hanjour at the same time. Is this significant? We've seen the name spelled both ways after the attacks, so probably not, but it would take someone familiar with Saudi passport procedures to provide a definitive answer.

It's a similar question with the handwriting. Perhaps someone else completed one or both of the forms for him? It seems reasonable to believe that might be done for applicants who don't have strong English language skills, but again, confirmation is required.

And there's another possibility. If you start with a 68" height, but multiply by 2.5 instead of 2.54, then you get... 170 cm, precisely. This could be nothing more than a simple conversion error.