Soon after the 9/11 attacks the Saudis claimed that several of the alleged hijackers, including Mohand al-Shehri, were still alive and had nothing to do with the attacks.

Saeed Al-Ghamdi, Mohand Al-Shehri, Abdul Aziz Al-Omari and Salem Al-Hazmi "are not dead and had nothing to do with the heinous terror attacks in New York and Washington." The Saudi Arabian embassy told The Orlando Sentinel. Saudi Arabia's Foreign Minister Prince Saud Al-Faisal told the Arabic Press after meeting with President George W. Bush on Sept. 20th "It was proved that five of the names included in the FBI list had nothing to do with what happened."
http://www.allaahuakbar.net/us/truth_about_the_9-11_hijackers.htm

This was only six days after the FBI released the first hijacker list, however, and that had very little to say about al-Shehri.

The official FBI list with photographs wouldn't appear until the 27th of September, and even then little had been added.

There's not much to go on here. How could Saudi Arabia identify this individual with any degree of certainty?

In any event, further information soon appeared in the Arab press.

More information is now available about Muhannad Al-Shahri, who is accused of hijacking United Airlines Flight 175 which smashed into the World Trade Center. The FBI gave his name as Mohald Alshehri. His family told Al-Watan that he had gone to Chechnya to fight in the Jihad there more than a year ago. There was no information about him. He only contacted his mother during last Eid Al-Adha festival, when he told her that he was in Chechnya. His family believes that Muhannad was one of the victims of the operation, but was not among the hijackers. Muhannad’s teacher told the Arabic daily that he was a regular student with a quiet nature. He studied at the Imam Muhammad Ibn Saud Islamic University’s branch in Abha only for one semester. He later moved to Riyadh. He was 24 years old and had six brothers.
http://web.archive.org/web/20030824095027/http://www.arabview.com/articles.asp?article=98

More name variations (although translating Arabic into the Roman alphabet is an inexact science, perhaps contributing to the problem), and a different age from the alleged hijacker's passport (he would have been 22), but there is a missing man who the family accept may have been there (if only as a victim).

Neil Doyle subsequently posted a video (originally at www.neildoyle.com/modules.php?op=modload&name=News&file=article&sid=326, link now dead) purporting to include a brief interview with Mohamed Faiz al-Shehri, father of the hijacker. 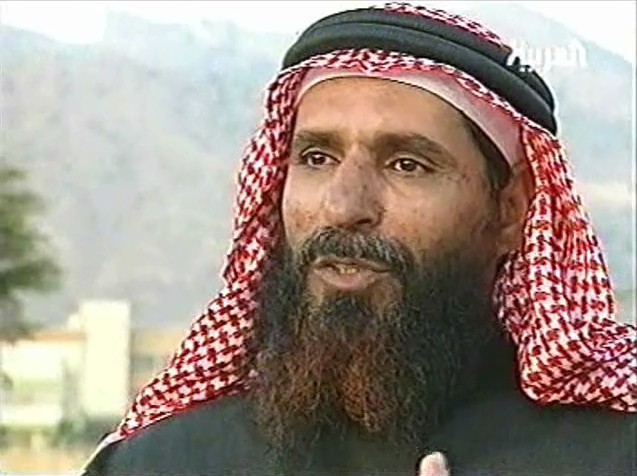 The video was in Arabic, however we were given this translation:

When I heard of this incident and the name Muhannad was mentioned in the matter I could not believe it. That is I was perplexed. I was astonished by the matter and my concern was to hide the matter from his mother and grandmother and brothers and sisters. That is I tried to hide the news from them and hide from them the pictures in the newspapers and all these matters. However I was taken unawares when I returned from work. Of course the incident took place on a Tuesday and I was at work on Wednesday when I received the news at work. I was astonished and afflicted by bewilderment. I went back home on the basis that I would sense whether they had news or not. I was astonished that the news had reached the house and there was great wailing and grief. That is something that indicated that the matter was very difficult. In fact Muhannad was for me the most illustrious among his brothers and sisters He was an outstanding child, who excelled in his studies. He was truly obedient to his parents and loved charitable work. That is he was a person I am not able to commend because his testimony to me is wounded. However he was in truth a faithful son. His birth and childhood were very normal.]

The picture was completed when audi Arabia finally accepted that the list of hijackers was correct:

And as such, any story that Mohand Alshehri is still alive will need considerably more than their earlier statement, if it’s to be taken seriously.